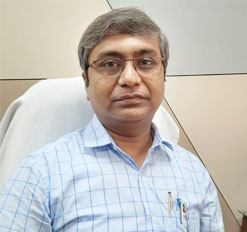 I still remember the story about a dog and his master, about which I had heard from my mother during early childhood. The extent of loyalty was such that, when his master had died and was taken for cremation, he had followed the crowd. Post cremation, the family members of his master tried their best to bring the dog back home. But the dog didn’t move a muscle and his eyes were constantly trying to find his master. He sat outside the crematorium for days, for months, in the heat, in the rain, even without eating or drinking. The family members of his master visited on a regular basis to feed him, but all was in vain. He did not eat a single grain from the food which was kept in front of him daily. Finally, one day the family members came and saw that the dog had expired too, lying at the same position in front of the crematorium. “Man’s best friend” is a commonly used phrase to describe a dog. A millennia long history of special bonding of loyalty, friendship & companionship has always existed between the humans and dogs. Hope this story explains it all.

But we should also be informed about a virus, the Lyssavirus which causes rabies and is transmitted to a person from an infected mammal which also includes a dog. Rabies is a viral disease which mainly causes inflammation of the brain in humans and other mammals. The transmission of the virus occurs through bites and scratches by an infected animal. It is also established that, the viral transmission can also occur through the saliva of an infected animal if it comes in contact with the eyes, mouth or nose of a person. Globally, dogs are the most common animal involved. The symptoms of the viral infection are – nausea, vomiting, violent movements, uncontrolled excitement, and fear of water, an inability to move parts of the body, confusion and loss of consciousness. This viral infection has existed among us from time immemorial and has been the cause of death in the past until development of the first vaccine in 1885. Two French scientists, Louis Pasteur and Emile Roux were the first to develop the vaccine. A nine year old boy was the first to receive the vaccine after being infected by a rabid dog and then received 12 doses in the next 10 days. The vaccine saved his life.

This vaccine has been included in the list of essential vaccines by the World Health Organisation and is now mandatory for all children and even adults. Millions of people have been vaccinated globally and this has reduced the death rate from this severe disease. Not only humans, animals like pet dogs and cats can also be vaccinated with the rabies vaccine, in order to stop the spread. It has also proved very effective and can be applied to all age groups. It is also seen that a long lasting immunity to the virus develops after a full course of the vaccine.

India has the highest rate of human rabies in the world, primarily because of stray dogs. An estimated of 20000 deaths occur due to the virus every year. Hence please take the vaccine and also vaccinate your family members and children to avoid getting severely infected by the life threatening disease.